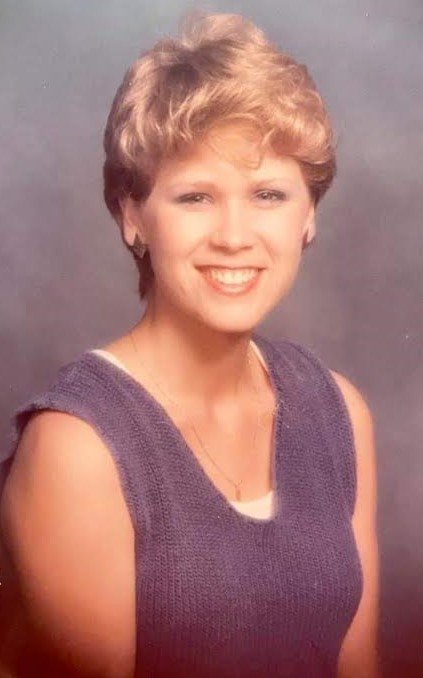 Please share a memory of Ramona to include in a keepsake book for family and friends.
View Tribute Book
Ramona Tucker Heartsill passed away on Saturday, February 13, 2021, at her home surrounded by her family in Springer, Okla. Cremation under the care of Griffin~Hillcrest Funeral Home of Ardmore, Okla. Ramona did not want a funeral but rather a celebration of her life here on earth and her eternal life with her Lord Jesus Christ. This will be announced at a later date. Ramona was born on December 16, 1964, to Bert Oliver Tucker and Alice Ray (Pearson) Tucker in New Orleans, Louisiana. Her family then moved to Atlanta, Georgia, and Syracuse, New York before settling in the Ardmore area. Ramona started Wilson School in the third grade and graduated from Lone Grove High School in the Class of 1983. During high school, Ramona met and eventually married Robert “Rusty” Keith Heartsill on January 20, 1984. They had just celebrated their 37th wedding anniversary. After graduation, they moved to Dallas, Texas, where she graduated from Wade’s Fashion Design and Merchandising School. Ramona then attended Southeastern Oklahoma State University graduating with her Bachelor’s Degree in Education in 1994. After this, she began her career working for the Oklahoma Department of Human Services in the Child Welfare Division, where she worked tirelessly for children and their families for over thirteen years. In 2014, she became the Director of Hickory Creek Child Center. Following this, Ramona pursued her dream and became the Founder and CEO of Briar Patch Petting Zoo, where many parties and celebrations occurred and combined her love of children, animals and family. Ramona was an active and treasured member of Gene Autry Baptist Church. She volunteered her time as president of Kortney’s Closet. She enjoyed tending to the animals on their small ranch and working in her flower gardens. She adored her grandchildren and delighted to see them on a daily basis. She has a precious and close walk with the Lord and still maintains that relationship to this day. She was preceded in death by her father, Bert Oliver Tucker, nephew, Chasen Mark Tucker, and her father and mother-in-law, Paul Keith Heartsill and Donna Lavon Heartsill. Ramona is survived by her mother, Alice Pearson Tucker, of Ardmore, and her husband, Robert “Rusty” Keith Heartsill, of the home. Three sons: Augustus “Gus” Keith Heartsill and wife, Jessica, of Springer, Landon Bryce Heartsill and wife, Glory, of Springer. Tucker Reid Heartsill of Norman, Okla., and daughter Dallice Mallory Heartsill of the home. Four grandchildren: Briar Keith Heartsill, Pearson Cash Heartsill, Oliver Mason Heartsill, and Codie Nicole Heartsill. Brothers, Steve Tucker and J.T. Tucker and wife, Robin, and sister, Melanie Tucker Cox. A host of nieces, nephews, family, friends, and a multitude of foster children. Condolences may be left at griffinhillcrest.com.
To plant a beautiful memorial tree in memory of Ramona Heartsill, please visit our Tree Store

Look inside to read what others have shared
Family and friends are coming together online to create a special keepsake. Every memory left on the online obituary will be automatically included in this book.
View Tribute Book
Services for Ramona Heartsill
There are no events scheduled. You can still show your support by planting a tree in memory of Ramona Heartsill.
Plant a tree in memory of Ramona