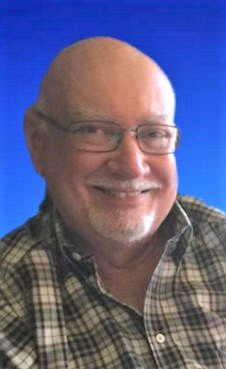 Please share a memory of Richard to include in a keepsake book for family and friends.
View Tribute Book
Richard Keith Jackson, age 76, of Wylie, Texas, passed away on December 23, 2020. A memorial service will be held at 10:30 AM, Saturday, January 9, 2021, in The Chapel at Griffin~Hillcrest Funeral Home in Ardmore, Okla. Richard was born in Ardmore, Okla., on September 13, 1944. He graduated from Ardmore High School and attended Oklahoma State University where he met his wife of more than 57 years, Gayle Campbell. Richard worked in the sports retail, wholesale, franchise sales representation, and factory sales throughout his life. His responsibilities required him to travel all over the United States, and at times his sales area extended to Canada, Mexico, the Caribbean Islands, and the Orient. Richard loved his family and he felt that he did his best to provide them a full and fun life. He tried to be there for any and all of those who had needs that were beyond their control. Richard was saved and had a strong belief that God has a plan for each of us. He also believed in the inexplicable truth of the Bible. Richard is preceded in death by his father, Doyle Keith Jackson (World War II), his mother, Betty Roberson, and step-father, Dean Roberson, all of Ardmore Oklahoma. Richard is survived by his loving wife, Gayle; daughter and son-in-law, Valerie & Guy Sellers of Wylie, Texas; son and daughter-in-law, Kevin & Kathy Jackson of Carrollton, Texas; daughter & son-in-law, Heather & Billy Williams of Carlsbad, New Mexico; his grandchildren, Julia Broyles, Zach & Katie Broyles, Jonathon Jackson, Clayton Hornsby, Sarah Jackson, Breleigh Hughes, and Jackson Hughes; and great-grandchildren Eleanor Broyles and Asher Hughes. Richard was a heart transplant recipient. The family requests that in lieu of flowers, please consider making a donation to The American Heart Association.
To send flowers to the family or plant a tree in memory of Richard Jackson, please visit Tribute Store
Print
Saturday
9
January