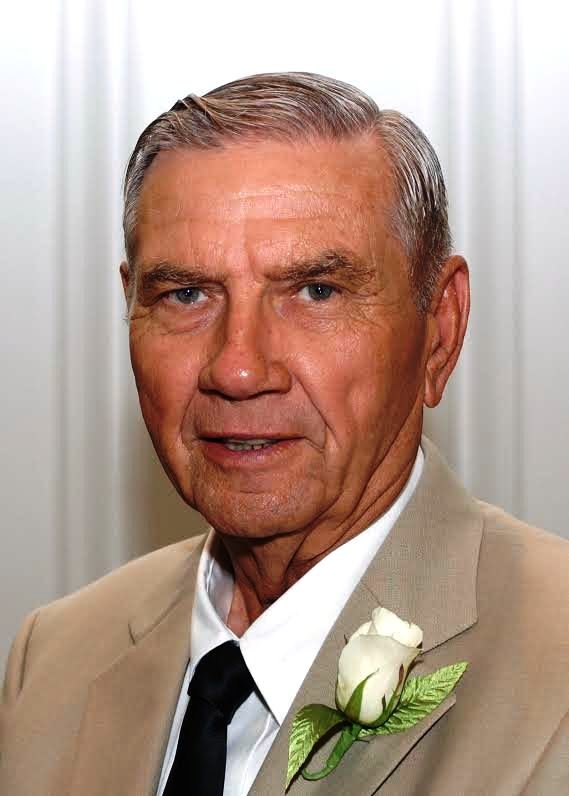 JB was born the second eldest child of Mabel Rowe Means and Joe Bailey Means on September 30, 1930, in Orr, OK.  JB got started early, and he could captivate his friends and family for hours with stories of his childhood.  Like many families, the Great Depression was very difficult for JB.  For example, in 1938, JB’s mother, Mabel, was diagnosed with tuberculosis, went to live in the sanitarium in Talihina, and passed away on October 4, 1939.  Shortly thereafter, JB’s father, Joe, moved to California.  JB came to know the value of family well at this point.

JB’s great aunt and uncle, Lille and Joe Hannah, took JB to live with them as their own, and JB stayed with them until he was eighteen.  JB’s sisters Janet and Shirley went to live with his their grandparents, Mama and Papa Rowe; his brother Marshall went to live with their Aunt Lillian and Uncle Ernest Pruitt; and brother “Johnny Boy” went to live with their aunt Johnnie and uncle Marvin Kerr.  We have always felt it was such a tragedy that the children grew up in separate homes and didn’t get to know each other until they were adults.  Not to be deterred, JB hitchhiked to California and back at age 12 to find his father and work in the fields.  Realizing Oklahoma was home, he came back, hitchhiking again, shortly thereafter.  In fact, in JB’s “autobiography” from 2015, he related a story that he and his friend unknowingly hitchhiked part of the way with a dangerous fugitive who was on the run.

As life moved on, JB’s future came into focus, particularly when he met Dolores Chance when she walked into his fifth-grade classroom. JB and Dolores were boyfriend and girlfriend until they were seniors, when they eloped with another high school couple to Gainesville, Texas, to get married.  That was December 20, 1948, and the marriage lasted until she passed away on August 2, 2006. They were married fifty-seven years and seven months.  What a life they did lead together.

JB and Dolores had three children:  Linda, born on June 1, 1950; Ronnie, born on June 1, 1952; and Steve, whose birthday is July 9, 1954.   JB and Dolores raised these three children to have a great respect for school and education, and each graduated from college and/or beyond.   They also instilled a great respect for hard work in their children, and Linda, Ronnie and Steve are the best examples any kids could have of their mother and father.

JB built two houses in Wilson and in 1957 moved his family to the big city of Ardmore.  In 1963, he remodeled a house in the country east of Ardmore and more than doubled its size.  JB spent his life making their circumstances and life better.  He learned about carpentry from building houses, worked in Wilson as a plumber’s helper dealing with all kinds of people, increasing his customer relations skills.   We all knew that JB could do anything and fix anything; we never called a repairman because JB could take care of whatever problem we had.

JB purchased Electric Motor Service in Ardmore, while the kids were still in school, and he and Dolores grew the business to great heights, retiring in the mid-1990s.  In the 1970s, JB successfully ran for Ardmore’s City Council and served two terms as mayor.  All the while, he found the time to coach sons Ronnie and Steve in baseball, and later in life JB dusted off his cap and coached Rusty and Drew.  JB’s positive baseball coaching influence was a real thing, he is fondly remembered today by former players, and his passion for sports has even been passed down to his great-grandsons.

JB never really met a stranger, and he could talk to any person, no matter their age. He was tough, having survived a heart attack, multiple strokes, and a broken shoulder.   As part of his therapy after the heart attack, he began walking at the mall every day. JB was very lonely in the years after losing Dolores, and he did notice another mall walker, Pat Colley.  Looking for companionship, he asked her to lunch on Valentine’s Day, 2008.  They became a couple and were married on May 3, 2008.  They each owned a house, so Pat sold her house and they bought a house together in town.  JB and Pat traveled extensively, going through thirty-two states, visiting Ireland for ten days, and taking many trips to visit relatives from California to South Carolina and Odessa, Texas.  Family continued to be a big part of their lives.  JB was very happy in his later years.

JB was preceded in death by his parents, his wife Dolores, and two brothers-in-law.

The family will receive guests at Visitation on Friday, September 27, 2019 from 6:00-8:00 PM at Griffin-Hillcrest Funeral Home in Ardmore.