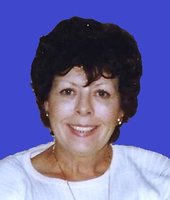 Linda G. Smith passed away on Friday, May 8, 2020, at Ardmore, Okla. Viewing will be held on Tuesday, May 12, 2020, from 8:00 am until 8:00 pm, at Griffin ~ Hillcrest Funeral Home of Ardmore. Private family services with her nephew, Buddy Norman, officiating are planned for a later date. Linda was born on August 28, 1950, to E. W. “Red” Smith and Maggie Inez (Gilbert) Smith. She was a graduate of Springer Schools and attended East Central University (ECU). She earned a Bachelor’s Degree in Elementary Education. Linda was a waitress for many years and had a big heart. She became a caretaker for her sisters until their passing. She would read and study her Bible anytime that she could. Linda enjoyed spending time playing dice games and trashcan basketball with her daughter. She had a passion for thrift store shopping, always looking for the best deal. Linda took great pride in her only grandson Graysen. She was preceded in death by her parents, two sisters: Rosalie Wells and Wilma Adams, brothers-in-law: Kenny Adams and Eddy Norman Jr., nephew, Levi Lusk, and great-niece, Stormy Lusk. Linda is survived by daughter, Kiley Brooke Mills and her partner, M.G. Auld, and grandson, Graysen Clark, all of Prague, Okla. And sisters; JoAnn Norman and Nelda Harrison and husband, Jackie, all of Springer. Numerous nieces, nephews, and a host of family and friends. Condolences may be left at griffinhillcrest.com.