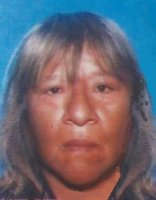 Michele Lynn Carterby, age 54, passed away on February 6, 2020, in Lone Grove, Okla. Graveside services will be 2:00 pm, Tuesday, February 11, 2020 at McAlister Cemetery, Overbrook, Okla. Michele was born on November 28, 1965, to Cealis Carterby in Los Angeles, Calf. They moved to Ardmore, Okla., in 1968 where she attended Ardmore City Schools. Michele took a position as a care giver with local nursing homes and worked there until 2008. Michele left her job to care for her mother who was in failing health. She loved to go fishing with her fiancé, Alan, and take long drives around the lake. She was preceded in death by her mother, Cealis Carterby and brother, Michael Lopez. Michele is survived by her fiancé, Alan Tipton, of the home, son, Christopher Jon Carterby and wife, Samantha, of Durant, Okla., five grandchildren; Dakota, Brianna, Chloe, Christopher, Jr., and Bailey, and brother, Manuel Carterby and wife, Belinda, of Corsicana, Texas. Visitation will be held from 6:00pm until 8:00pm, Monday, February 10, 2020, in The Chapel at Griffin ~ Hillcrest.