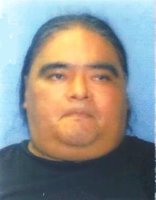 Daniel William Thomas, age 59, passed away on Monday, December 30, 2019. Graveside services will be held at 2:00pm, Friday, January 3, 2020 at Nelda Cemetery, Dickson, Okla. with The Reverend Steve Wall officiating. Daniel was born on November 5, 1960, to William Thomas and Eliza Thomas in Talihina, Okla. He lived in Dickson, Okla. and attended Dickson Schools. The family moved from Dickson to Ardmore in 1977 and he continued attending Dickson Schools. Daniel took a job with Blue Bonnet Feed and worked there until his health caused him to retire. He was a vital part of helping raise his nieces and nephews and making sure their needs were met. In his spare time, he would like to go for long walks to commune with nature and when given a chance would stir up a game of dominoes with friends. He was preceded in death by his father, William Thomas, brothers; Richard Williams, Roger, Wesley, Jimmy, Reggie and Aaron Thomas, and, and sisters; Nina Sue Alvarez and Margie Beth Thomas. Daniel is survived by his mother, Eliza Thomas, of Ardmore, Okla., sister, Patricia Mouse, of Tahlequah, Okla., and two uncles, Bobby Thomas of Ardmore, Okla., and Joe Roberts of Newcastle, Okla. Two aunts; Mary Lois Bond of Ardmore, Okla., and Lucretia Brown of Oklahoma City, Okla., and numerous nieces and nephews. Visitation will be held from 6:00pm until 8:00pm, Thursday, January 2, 2020, at Griffin ~ Hillcrest Funeral home.