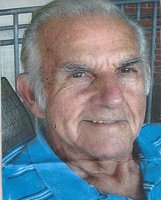 Jerry M. Johnson passed away November 1, 2019 at Ardmore, Okla. Private family services are to be at a later date.

Jerry was raised in Ardmore Okla. where he attended Ardmore School. He was called to serve his country in the United States Army. He received an honorable discharge and returned back to Ardmore Okla. He started Johnson’s Painting and Dry Wall where he worked until he retired. Jerry was an artist who loved to draw.  Jerry was an avid hunter and fisherman who loved spending time with his sons.

Preceded in death by his Parents, one brother Mike Johnson,