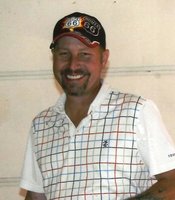 Joseph Andrew Stewart, age 43, passed away on Monday, September 2, 2019, at Ardmore, Okla. Memorial services will be held at 2:00 PM, Saturday, September 14, 2019, at First Baptist Church, 877 East Woodland St., Collinsville, Texas. Brother Jerry Davis will officiate. Funeral services will be under the direction of the family. Cremation services under the direction of Griffin-Hillcrest Funeral Home Crematory of Ardmore.

Andrew was born at Sherman, Texas, on January 8, 1976, to Joe Stewart and Pamela Joyce (Miller) Stewart. He was a graduate of Collinsville High School with the Class of 1994. He attended High Tech Institutes in Phoenix, Arizona, and earned an Associates Degree in Avionic Electronics. Following graduation, he was hired by MEMC in Maintenance, growing computer crystals. He moved to Dallas, Texas, when he went to work for Vertis where he began his career in the printing industry. Andrew loved dirt-track racing and working on his cars. He loved riding motorcycles and playing guitars and singing.

He was preceded in death by his paternal and maternal grandparents.